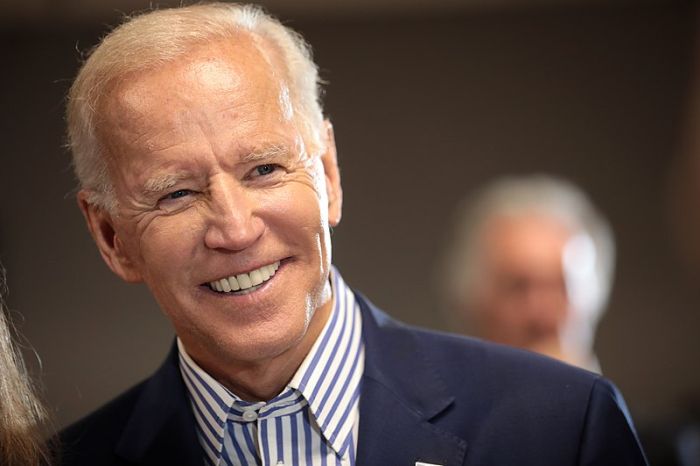 Joe Biden supporters banged pots, honked car horns and set off fireworks across US cities after their candidate captured the presidency in a narrow victory over Donald Trump.

They celebrated outside a security fence on Saturday as the sound of booming fireworks was heard in the distance.

"I was on the bus and I jumped off the bus to come right down here to the White House," Washington resident Donna Thomas said.

"It is something to celebrate. We have been waiting so long."

Streets were closed to traffic as Biden supporters marched with an assortment of LGBTQ, Black Lives Matter and American flags.

Some carried a giant balloon of Trump in the shape of a rat.

In nearby Dupont Circle, several hundred people formed a parade, playing music, singing and dancing and marched towards the White House to the sound of honking horns and clanging cowbells.

In Washington's Petworth neighborhood, Kool & the Gang's "Celebration" and Curtis Mayfield's "Move on Up" could be heard playing loudly as neighbours hooted and cars sounded their horns.

Loud cheers erupted in the halls of the hotel where Biden aides are staying.

"Worth every minute (of the wait)", a Biden aide said. Campaign staff exchanged elbow bumps and air hugs in the hotel lobby.

In the New York borough of Brooklyn, cars honked and people pumped their fists and cheered on the street.

"The nightmare is over," said Andrew Ravin, 45.

At Chicago O'Hare airport a female cleaner working in the women's restroom took a FaceTime call from her daughter and they cheered and exclaimed in Spanish as she danced around the cleaning cart.

In Atlanta, shouts, cheers and fireworks sounded in the Democratic stronghold of East Atlanta Village as word spread that Biden was named the winner.

Emmi Braselton, 37, a freelance graphic designer from Atlanta, was walking her two-year-old daughter Sylvie, who asked "What's all that Mommy?" Braselton said.

"I told her, the good guy won. And also, now there'll be a woman as vice president," she said, referring to Biden's running mate, Senator Kamala Harris. "And she told me, 'I want to be president.'"

Trump, who has made repeated claims of electoral fraud without providing evidence, immediately accused Biden of "rushing to falsely pose as the winner".

"This election is far from over," Trump said in a statement.

Some of Trump's supporters were not ready to stand down either.

In Harrisburg, Pennsylvania, the state that put Biden over the 270 Electoral College votes he needed to win, about 100 pro-Trump "Stop the Steal" protesters demonstrated in front of the state Capitol building.

They faced off against about the same number of Biden supporters.