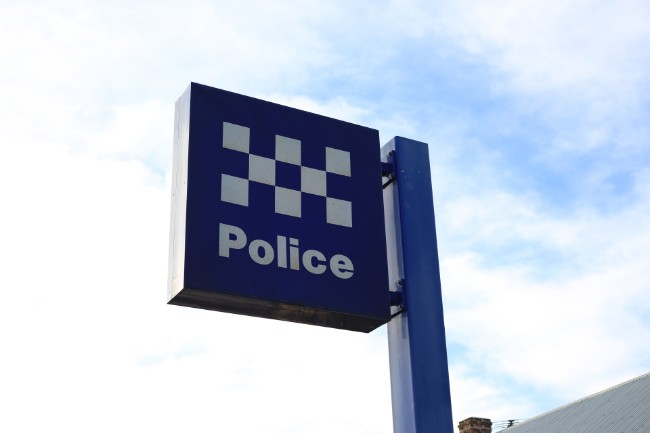 An unlicensed driver who allegedly rammed into five people and killed two children in the NSW central west did not apply for bail at his first court appearance.

Jacob Donn, 25, never held a driver's licence and was in possession of drugs at the time of the crash before running from the scene, NSW police allege.

Brothers Shane and Sheldon, aged six and seven, died on Tuesday after they were struck by the car travelling at high speed on Warne Street in the town of Wellington.

They were walking home from the local swimming pool with two other children and a woman.

Donn, 25, appeared in Dubbo Local Court on Thursday via audio visual link on 14 charges including dangerous driving occasioning death, driving without a licence, failing to stop and assist and possessing prohibited drugs.

He made no application for bail and will next appear in court on January 12.

The three others injured in the crash were two boys aged nine and ten, and a 34-year-old woman who's the mother of three of the four boys.

The ten-year-old was airlifted to a Sydney hospital with serious leg injuries.

The woman was also airlifted to Sydney and is now in a stable condition.

The "totally shattered and heartbroken" father of the dead boys, Joseph Shorey, was overcome by grief when he visited the scene of the crash on Wednesday.

"It's like a nightmare, I can't believe it to be honest," he said.

"I'm burying two kids, I wouldn't wish that upon anyone."

Mr Shorey said his "cheeky" kids loved sport and he would play some of their favourite songs "and just grieve".

"For me it's my heart ripped out, I feel gutted, I feel empty. Two babies, gone."

Following the crash, Donn allegedly fled the scene but was located four hours later and arrested after attempting to run from police.

He was allegedly in possession of prescription drugs at the time.

"The incident was a complete tragedy for the families and the township of Wellington," Orana Mid-Western Police District Acting Commander Natalie Antaw said on Tuesday.

"This is a tragic incident involving young children ... children makes it that much more difficult. Our hearts go out to the families."

A GoFundMe page has been set up by the aunt of the dead children to raise money for their funerals so Mr Shorey can "bury his babies with dignity and pride".