Vigils mark anniversary of Tamil family's fight - Locals have met for a candlelight vigil this morning in Biloela, calling for a Tamil family to be released from detention. Today marks three yea ...
Shipping company fined for polluting Great Barrier Reef - A foreign shipping company and the chief officer of one of its vessels has been fined thousands of dollars for dumping garbage into the Great Barri ...
Vaccine rollout unaffected by EU jab block - Authorities are disappointed and frustrated Europe has blocked 250,000 doses of the AstraZeneca coronavirus vaccine from being sent to Australia but s ...
Covid ‘superspreader’ might have infected others in Qld hotel quarantine - Health officials are scrambling to find eight people who stayed on the same floor as a person with a highly infectious strain of coronavirus in a Br ...
Kiwis evacuate as quakes trigger tsunami - Thousands of New Zealanders on the east coast of the country's North Island have evacuated to higher ground after a third offshore earthquake in less ...
Kiwis urged to evacuate after third quake - Tsunami warning sirens have sounded and thousands of New Zealanders on the North Island's east coast have evacuated to higher ground after a third ...
Tasmania on verge of euthanasia laws - Tasmania is almost certain to become the third Australian jurisdiction to legalise voluntary assisted dying after the legislation passed the state ...
Aust plays down EU vaccine shipment block - A box of AstraZeneca vaccines (EPA/Zoltan Mathe HUNGARY OUT) Home Affairs Minister Peter Dutton has declared Europe's decision to block 250,000 dos ...
First AstraZeneca virus vaccines are ready - The first doses of the AstraZeneca virus vaccines are ready to be administered, as leaders prepare for their next major meeting.
Teenager dies after being stung by box jellyfish in Qld - A teenager has died after he was stung by a box jellyfish in Far North Queensland. The 17-year-old was stung at Patterson Point, near Bamaga about ... 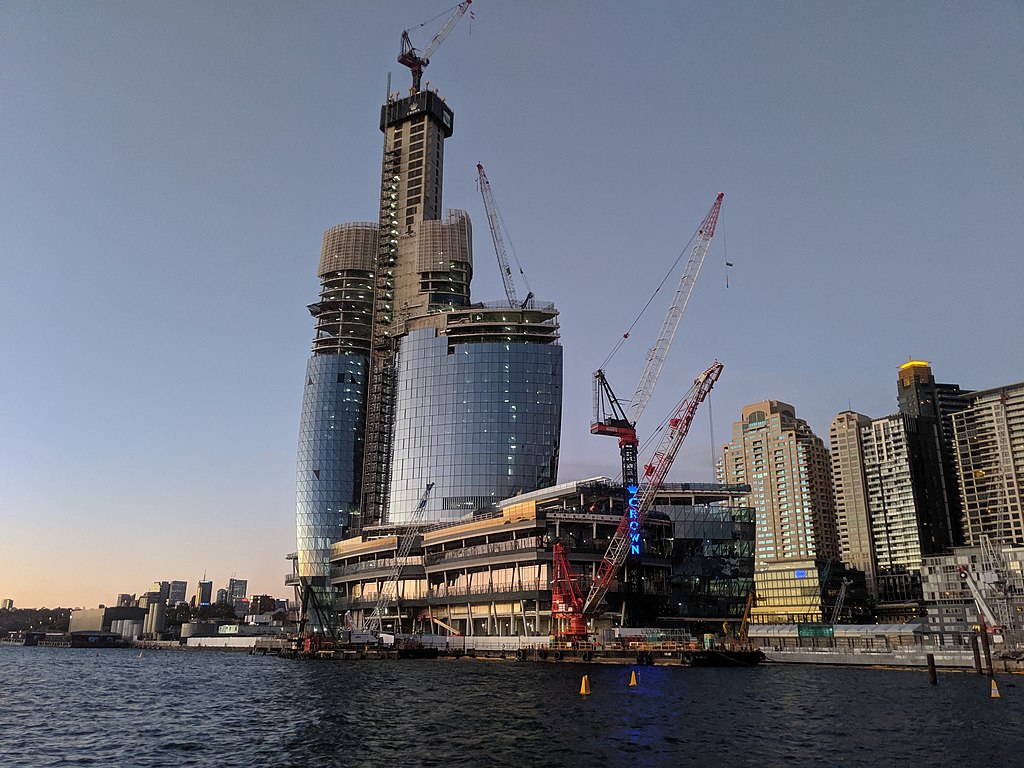 The NSW government will take advice from the Independent Liquor and Gaming Authority about the future of Crown's licence to operate its $2.2 billion casino in Sydney's Barangaroo.

A day after a scathing report into the company, Premier Gladys Berejiklian was asked if she intended to cancel the licence after a former judge concluded Crown was not fit to run a casino.

"It's up to our independent gaming authority to give government advice," she told Radio 2GB on Wednesday.

She warned that any casino needed to "stick to the rules" and "be above reproach".

"If parties don't come with the highest compliance, integrity and lawful activity - well then, all bets are off," she said.

She brushed off suggestions the government could be sued for compensation if Crown's licence was cancelled, rendering the Barangaroo site financially unviable.

"That's up to every company to make assessments as to whether they're viable or not. That's not for government, that's not for the taxpayer," she said.

The commissioner had showed a clear path forward for Crown "to do things properly" and it was up to the company to follow that advice, she said.

The damning report by Commissioner Patricia Bergin found Crown facilitated money laundering through subsidiaries' bank accounts then failed to act when it was drawn to their attention in public media reporting.

It also put its staff in China in danger of being detained and dealt with junket operators it was told were involved in organised crime, Ms Bergin concluded.

The ILGA will now consider the report, which it received on February 1 and which was published on Tuesday.

Chair of the authority Philip Crawford will face media on Wednesday.

Ms Bergin left it to the IGLA to decide whether it should cancel, suspend or impose conditions on the licence.

But she suggested sweeping cultural change was needed - as well as specific measures like the removal of certain board directors, a thorough audit of Crown accounts for money laundering and measures to stop the sharing of confidential information with James Packer.

Crown has vowed to work with the ILGA regarding the report's findings and recommendations.

The company also runs casinos in Victoria and Western Australia, with calls for those jurisdictions to respond to the findings.

"I think the focus is now on (Victorian) Premier Dan Andrews and what he's going to do about it," Mr Wilkie said.

"In my personal opinion Crown will not be remedied until there's a new board, new senior management and James Packer's gone, simple as that," he said.