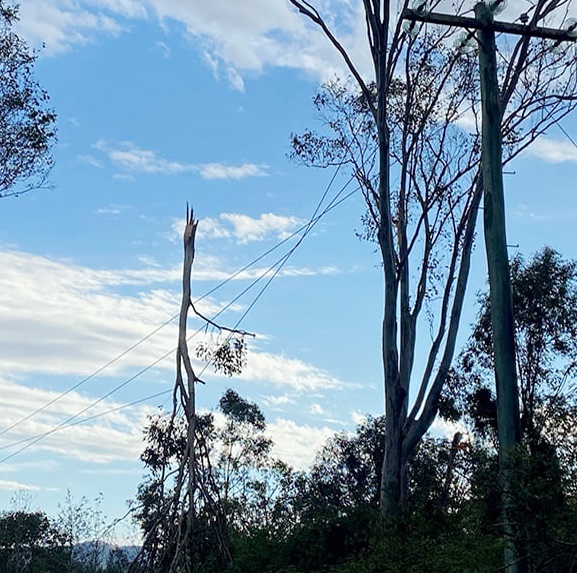 Plenty of lightning, thunder and rain across south east and central Queensland overnight.

Bands of storms rolled across the region into the early hours of Thursday, causing power outages, flash flooding and 100,000 lightning strikes.

Hundreds of homes were still without power on the Sunshine Coast, Biloela and Dingo at 5am.

"The more intense stuff was further south, over southern Capricornia and down over Wide Bay as well, and the south eastern parts.

"Further south we had total in excess, or isolated falls in the more intense storms of anywhere from over 70mm"

The system generating these storms was expected to move offshore by Thursday afternoon.

"Conditions have stabilised for the central coast but further south will probably still remain a little bit unstable up to about early afternoon until finally that trough pulls off the coast," said Mr Hanniffy.

He said the calm conditions weren't expected to last for long though.

"Then we have another potential of shower and storm activity rolling through during Saturday."