Police appeal for information, The Range 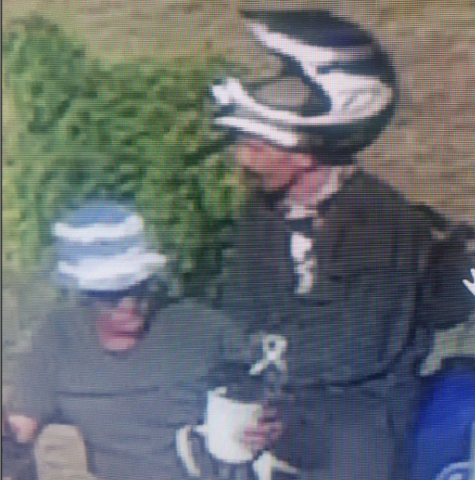 Police have released CCTV images of a man allegedly involved in a traffic incident on November 18.

At about 7am, police observed a male rider of a blue and white dirt bike stop and meet with two other vehicles on Meter Street between Bellevue and Hawkins Streets, The Range.

The police attempted to intercept the male rider and it is alleged that once the rider saw police, he sped off down a grass slope near Meter Street and into park lands to avoid police.

The rider was last seen riding near the intersection of East and Denham Streets. The rider is described as a Caucasian male with dark goatee beard, wearing a blue and white motocross style helmet, long sleeve grey hoodie, dark grey shorts and white shoes with a black backpack.

The bike is described as an off-road blue and white motorcycle.

Police are appealing for anyone who may recognise the man or the motorcycle in the images to come forward.