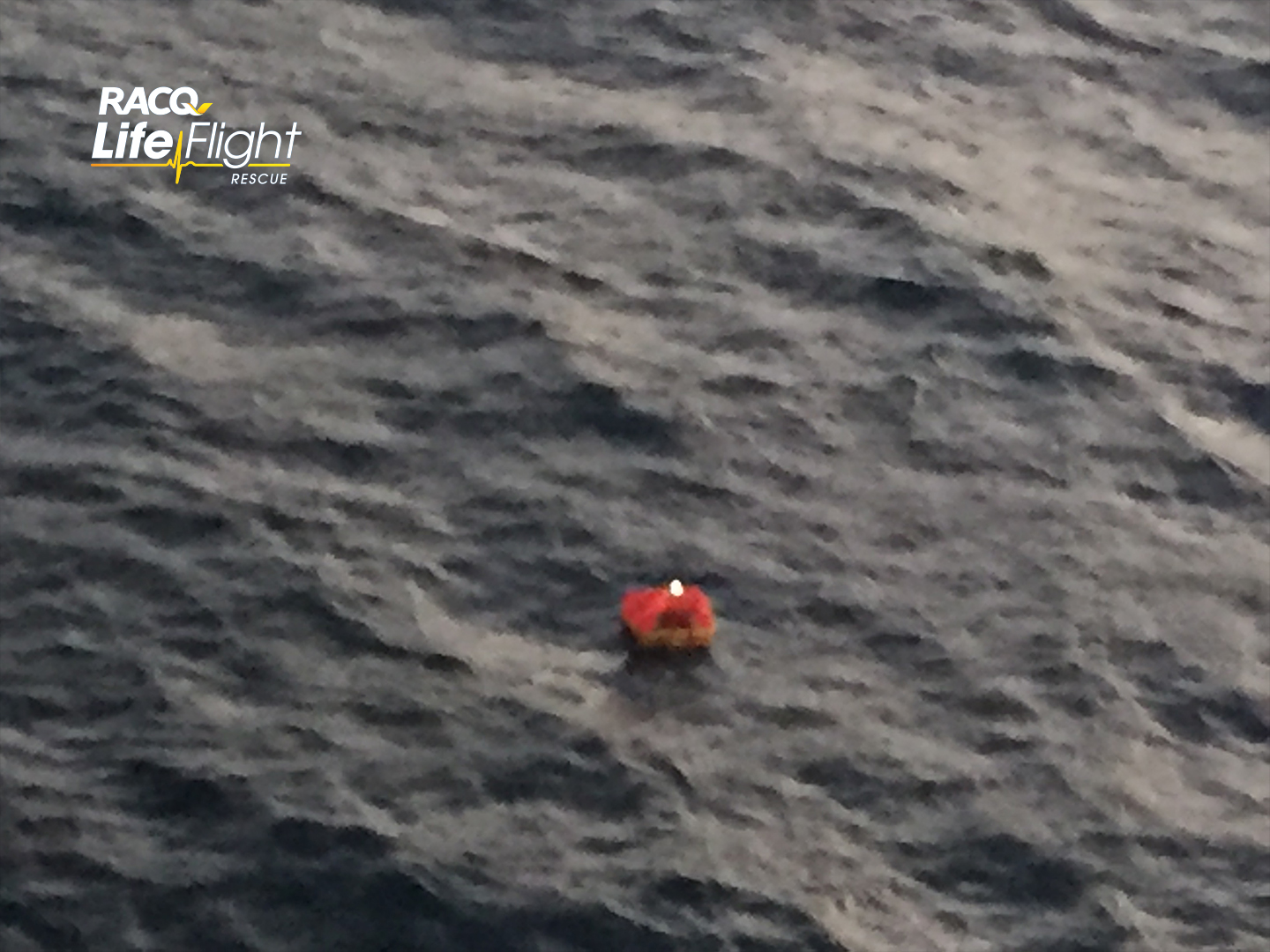 Two fisherman have been rescued off Gladstone after their fishing boat sank on Saturday night.

The Bundaberg-based RACQ LifeFlight Rescue helicopter located the two men, stranded at sea in a life raft, around 4am on Sunday after they activated a safety beacon.

Rescue Aircrew Officer Chris Jowsey says the fishermen had flares and a beacon, which enabled his crew to fly straight to them, using a signal homer in the aircraft and night vision equipment.

The crew then lowered a radio device down to the raft, to enable the men to maintain communications with rescuers, as it's believed their mobile phone had stopped working.

The pilot flew in a circle pattern, holding the position of the life raft, while Bundaberg Volunteer Marine Rescue travelled to the scene, to safely collect the men.

Other search and rescue aircraft were also on scene.