Shipping company fined for polluting Great Barrier Reef - A foreign shipping company and the chief officer of one of its vessels has been fined thousands of dollars for dumping garbage into the Great Barri ...
Vaccine rollout unaffected by EU jab block - Authorities are disappointed and frustrated Europe has blocked 250,000 doses of the AstraZeneca coronavirus vaccine from being sent to Australia but s ...
Covid ‘superspreader’ might have infected others in Qld hotel quarantine - Health officials are scrambling to find eight people who stayed on the same floor as a person with a highly infectious strain of coronavirus in a Br ...
Kiwis evacuate as quakes trigger tsunami - Thousands of New Zealanders on the east coast of the country's North Island have evacuated to higher ground after a third offshore earthquake in less ...
Kiwis urged to evacuate after third quake - Tsunami warning sirens have sounded and thousands of New Zealanders on the North Island's east coast have evacuated to higher ground after a third ...
Tasmania on verge of euthanasia laws - Tasmania is almost certain to become the third Australian jurisdiction to legalise voluntary assisted dying after the legislation passed the state ...
Aust plays down EU vaccine shipment block - A box of AstraZeneca vaccines (EPA/Zoltan Mathe HUNGARY OUT) Home Affairs Minister Peter Dutton has declared Europe's decision to block 250,000 dos ...
First AstraZeneca virus vaccines are ready - The first doses of the AstraZeneca virus vaccines are ready to be administered, as leaders prepare for their next major meeting.
Teenager dies after being stung by box jellyfish in Qld - A teenager has died after he was stung by a box jellyfish in Far North Queensland. The 17-year-old was stung at Patterson Point, near Bamaga about ...
Queensland police make wish come true for terminally ill girl - Flying in a police helicopter and arresting someone might seem scary to other seven-year-olds, but for Savannah Burns it is a dream come true. Trag ... 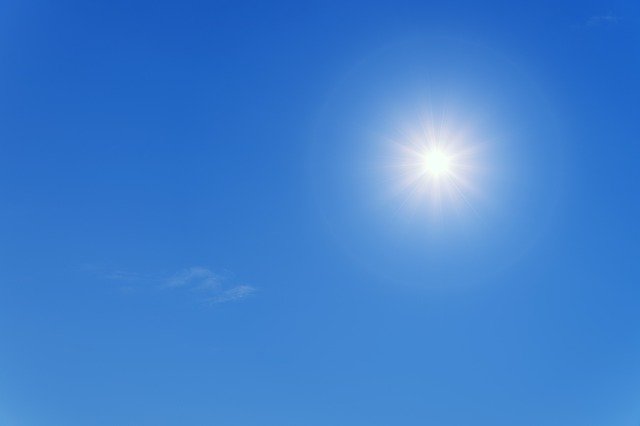 A “low intensity” heat wave is on the way to Central Queensland with the mercury to peak up to five degrees above average in some places.

The Bureau of Meteorology warns, however, there will be pockets of “severe heat wave” conditions, particularly around the Capricornia area.

A trough - which is moving over parts of Western Queensland - is pushing hot air over places like Rockhampton and Biloela.

BOM forecaster Rosa Hoff says we can expect above average temperatures over the next three days.

“[It will be] more of a day-time warmth than a night-time warmth,” Ms Hoff says.

“The heat wave will be low intensity for south east and central Queensland, but we will have pockets of severe heat wave conditions, particularly around the Capricornia area.”

But it won’t last too long.

The warmer air will be pushed offshore as the trough moves through, replaced by showers and storms by the end of the weekend.

On Sunday, temperatures will reach 37C in Rockhampton, 34C in Gladstone, 33C in Yeppoon, 33C at Emu Park and 36C at Mount Morgan.