Vaccine rollout unaffected by EU jab block - Authorities are disappointed and frustrated Europe has blocked 250,000 doses of the AstraZeneca coronavirus vaccine from being sent to Australia but s ...
Covid ‘superspreader’ might have infected others in Qld hotel quarantine - Health officials are scrambling to find eight people who stayed on the same floor as a person with a highly infectious strain of coronavirus in a Br ...
Kiwis evacuate as quakes trigger tsunami - Thousands of New Zealanders on the east coast of the country's North Island have evacuated to higher ground after a third offshore earthquake in less ...
Kiwis urged to evacuate after third quake - Tsunami warning sirens have sounded and thousands of New Zealanders on the North Island's east coast have evacuated to higher ground after a third ...
Tasmania on verge of euthanasia laws - Tasmania is almost certain to become the third Australian jurisdiction to legalise voluntary assisted dying after the legislation passed the state ...
Aust plays down EU vaccine shipment block - A box of AstraZeneca vaccines (EPA/Zoltan Mathe HUNGARY OUT) Home Affairs Minister Peter Dutton has declared Europe's decision to block 250,000 dos ...
First AstraZeneca virus vaccines are ready - The first doses of the AstraZeneca virus vaccines are ready to be administered, as leaders prepare for their next major meeting.
Teenager dies after being stung by box jellyfish in Qld - A teenager has died after he was stung by a box jellyfish in Far North Queensland. The 17-year-old was stung at Patterson Point, near Bamaga about ...
Queensland police make wish come true for terminally ill girl - Flying in a police helicopter and arresting someone might seem scary to other seven-year-olds, but for Savannah Burns it is a dream come true. Trag ...
Iron ore exports buoy record trade surplus - Australia posted the biggest monthly trade surplus in history on the back of record iron ore exports, as the economy continued to rack up new markers ...

Lawyers, friends vow to fight for Tamil family to return to Biloela 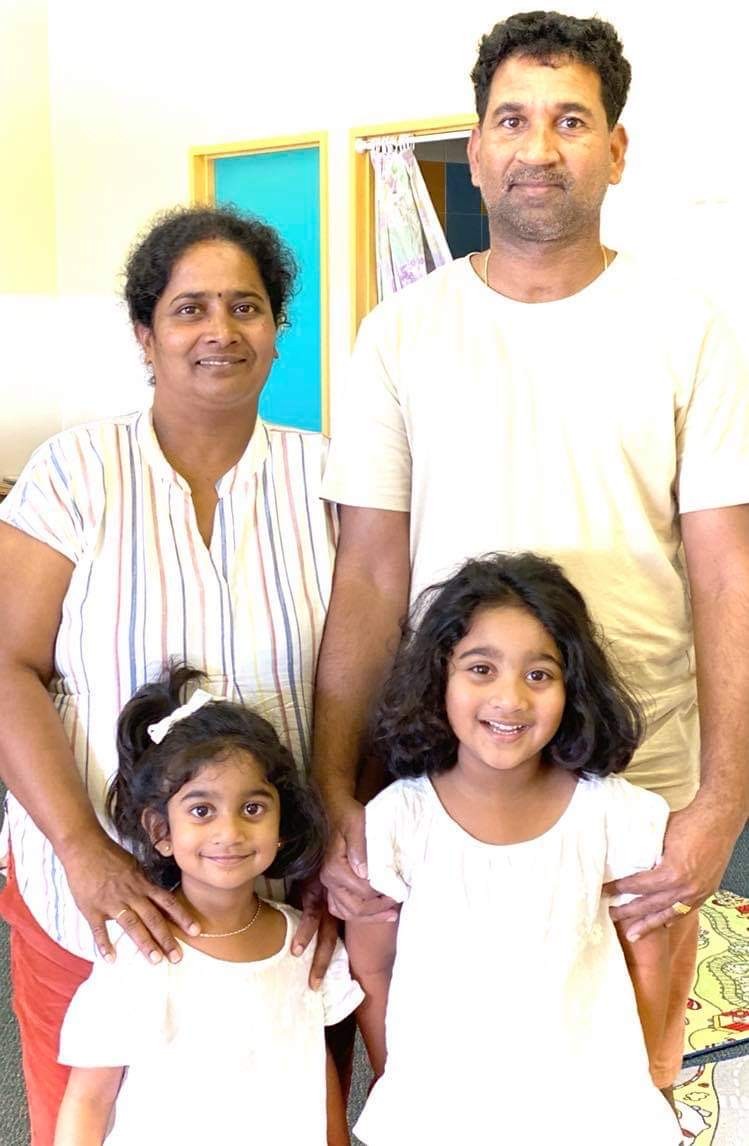 Friends of a Tamil family who once called Biloela home say they will exhaust every legal option to help them seek asylum in Australia.

They were moved to a detention centre in Melbourne, in 2018.

The family was then moved to Christmas Island in 2019 as lawyers for the family began legal action to stop them from being deported while the youngest daughter’s immigration case is ongoing.

They’ve been there ever since.

Last year, the Federal Court ruled the youngest child was denied "procedural fairness" when applying for an Australian visa.

The Federal Government appealed that decision, but this week the court upheld the original ruling.

A family friend, Bronwyn Dendle, says the decision gives the family more legal options, and she understands lawyers are considering an appeal.

She, and other friends, are vowing to continue fighting to get the family back to Biloela.

"It is frustrating because they could be waiting from Bilola, where they can support themselves, instead of all the way over on Christmas Island on the taxpayers’ money because the minister refuses to let them come home and wait," Ms Dendle says.

In a written statement, a Department of Home Affairs spokesperson says the government is considering the implications of the latest court decision.

It goes on to say anyone who attempts “illegal maritime travel” to Australia will not be settled here.  “The family’s claims to engage Australia’s protection obligations have been comprehensively assessed on a number of occasions by the Department of Home Affairs, various merits review bodies and appealed through multiple courts including the Federal Court to the High Court.

“At no time has any member of the family been found to be owed protection.

"Non-citizens who do not hold a visa and who have exhausted all outstanding avenues to remain in Australian are encouraged to depart voluntarily.

“Those unwilling to depart voluntarily will be subject to detention and removal from Australia, as has occurred in this case."