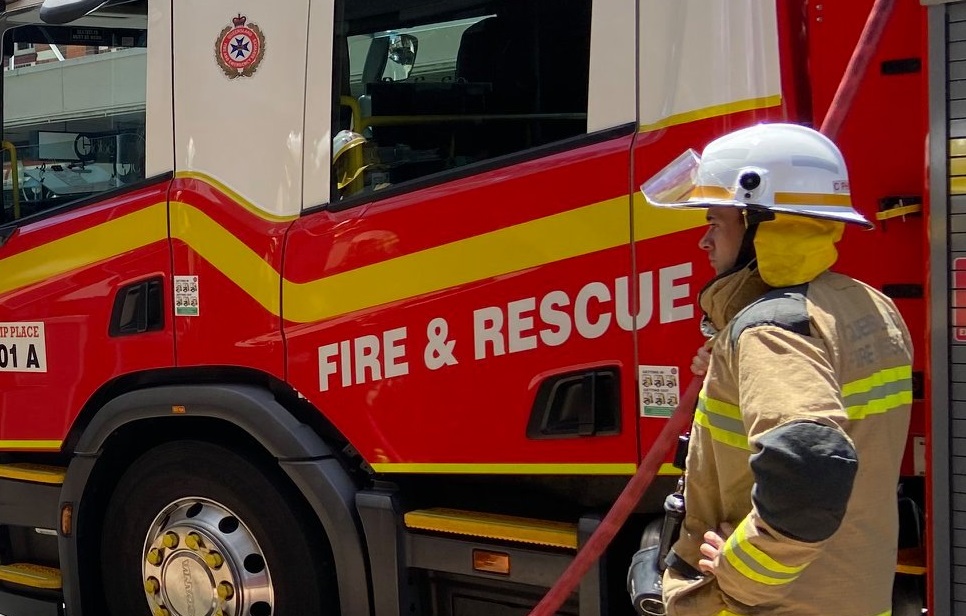 A fire is still smouldering away at a recycling plant in North Rockhampton.

The blaze broke out in 'recycling waste' at the facility on Power Street at Kawana around 5:30 last night, with multiple fire crews racing to the scene.

All up twenty Queensland Fire and Emergency vehicles attended, including an aerial appliance and scientific teams.

A QFES spokesperson says multiple bales of cardboard and plastic were found ablaze outside the building, as well as one inside.

Fire fighters managed to get the flames under control around a hour later, but the bales continued to burn throughout the night.

Most crews left early this morning, but one crew has since returned.

The bales were still smouldering this morning, with a loader called in to remove the smoking packages, relocating them to a nearby vacant block of land.

Police and council assisted with traffic control overnight, blocking the roadway while the fire was causing thick plumes of smoke in the area.