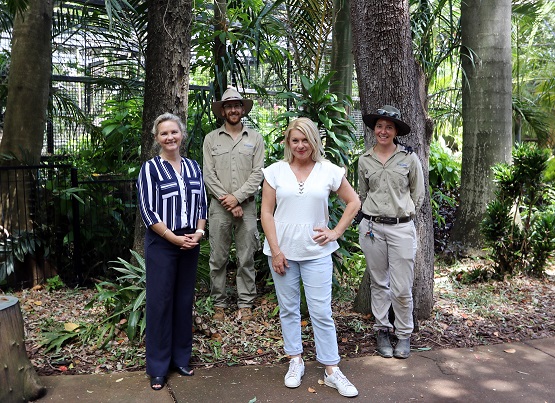 Rockhampton Zoo is set to go nationwide this weekend!

The fact filled children’s series focuses on animals from around the world each week.

This Saturday, viewers around the country will be able to learn about the resident otters, followed by a segment on their lion-tailed macaques, on Sunday.

All episodes will be aired on 10Shake.

Rockhampton Zoo’s otters will be featured on Episode 34 – airing on Saturday April 24, at 6.00am.