Half a tonne of rubbish collected through ReefClean 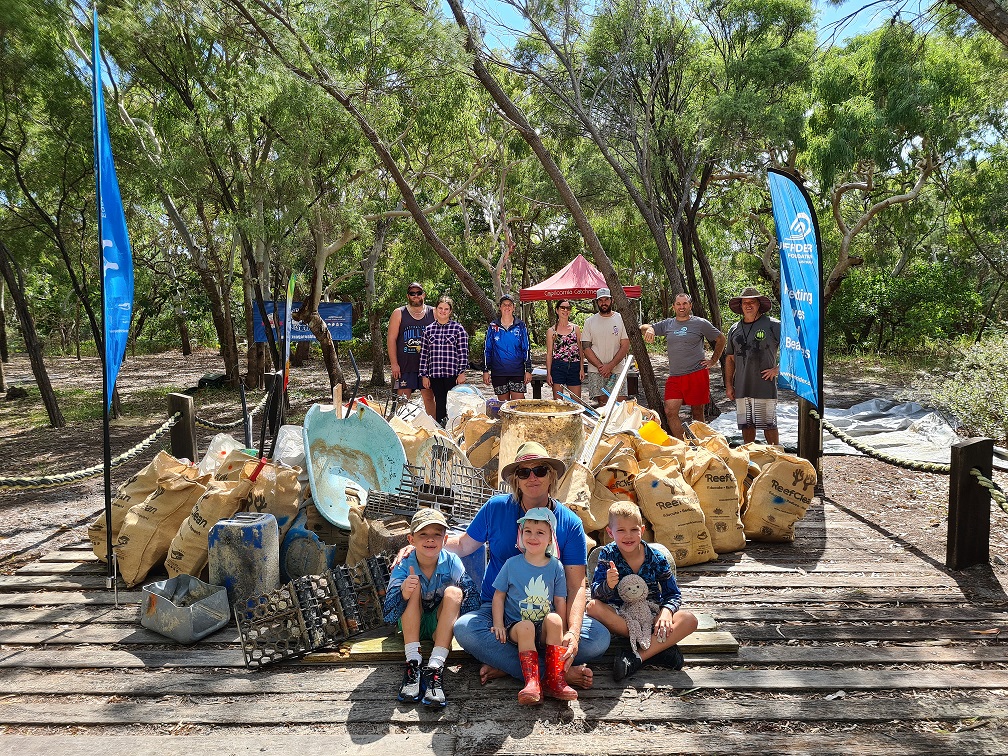 Over 500 kilograms of rubbish has been picked up across the Capricorn Coast.
It's all part of Capricornia Catchments' ReefClean Five Rocks Beach Clean Up that was held over the ANZAC long weekend.
Volunteers picked up the rubbish across three locations, Nine Mile beach, Five Rocks beach and Three Rivers beach.
Shelley McArdle from the organisation says they only had 20 volunteers help over the weekend and they still managed to pick up a great deal of rubbish across the weekend.
She also says they noticed a trend in the types of rubbish they were picking up
"Everything was plastic, it was just incredible," Ms McArdle says.
"We did have milled timber and some fibres like rope and that but mainly plastic."
"The message is clear from the data I see when I look at the big pile it's, we need to find alternatives to plastic and eliminate whenever we can in our daily lives that use of place in particular single use plastics, we don't need it. Ms McArdle says plastic has a huge impact on our environment, it can end up in our ocean, it can be ingested by our wildlife and the wildlife can be entangled in it.
"We had little Owen Harris who found a turtle in the Causeway Lake who had fishing line wrapped around it's flipper so hard that the Quoin Island Turtle Rehabilitation Centre had to amputate it's flipper," she says.
"Thankfully he was able to be released back into the wide, but again and again I come across animals that are affect by plastic."

Despite the amount of rubbish that was collected across the weekend Ms McArdle says there has been a decrease in rubbish, which she puts down to the fact there hasn't been a good flood event in a long time.