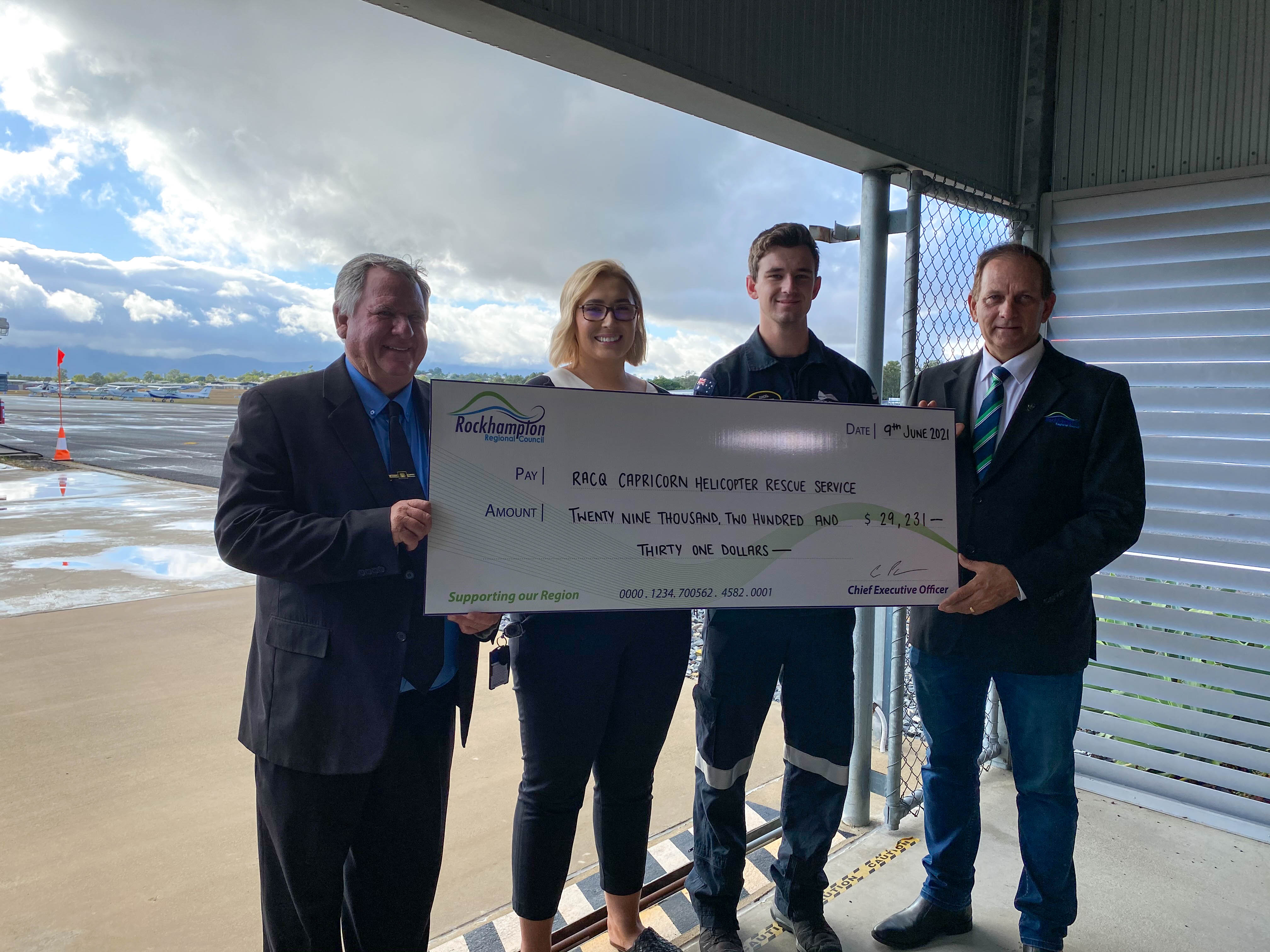 More than $145,000 has been donated to the Royal Flying Doctor Service (RFDS) and RACQ Capricorn Helicopter Rescue Service (CHRS).

The funds have been donated by the Rockhampton Airport as a reimbursement of each services landing fees at the site.

Rockhampton Airport Chairman Councillor Neil Fisher says it was a great honour to reimburse $551,012.75 in fees back to both the RDFS and CHRS over the last five years.

"We're actually almost the centre for Central Queensland so we have a really important role and that is not just for around the Rockhampton region, but also play a role right through to Longreach, Barcaldine," Cr Fisher says.

“We are also happy to announce CHRS has received $29,231 in reimbursements, supporting their purpose to provide safety and rescue to the Central Queensland community."