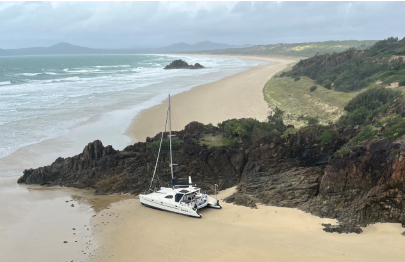 A man in his 70s has managed a gruelling nine-hour swim to reach land, after falling off his boat off in the middle of the ocean.

According to RACQ CapRescue, the man was more than 8km offshore near Stanage Bay, when he fell overboard around midnight on Monday.

He reportedly swam for several hours before reaching a beach, where he found his catamaran washed ashore.

Emergency services weren't able to reach the patient by boat due to rough conditions, so the man had to be airlifted to safety.

Despite the exhausting swim, the man was uninjured, only suffering from minor exposure.

The Rescue 300 team transported the patient to Rockhampton Hospital for treatment.