Concern over Brisbane Airport virus case - A traveller has tested positive for COVID-19 after potentially being infectious at Brisbane Airport for four hours.
NSW records 935 new local COVID-19 cases - NSW has reported 935 new locally acquired cases of COVID-19, dipping back under 1000 daily infections, and four deaths.
Thousands miss out on Australia, NZ return - Fifteen flights to Australia from New Zealand, and their highly prized places in hotel quarantine, have sold out in three minutes.
Whopping 56,907 Queenslanders get jab during super Pfizer weekend - Queensland has recorded zero new local cases but two cases both in hotel quarantine. One was acquired overseas and the other is a person from NSW. ...
Aussie swim gold medallist has COVID-19 - Australian Olympic swimming gold medallist Madi Wilson has been hospitalised after testing positive to COVID-19.
Road rage murder case in Queensland court - An unlicensed driver charged with the hit-and-run murder of a 25-year-old pedestrian south of Brisbane remains behind bars after his case came before ...
Break ins rise across Capricornia - The number of home break ins across Central Queensland has seen a rise, hitting its highest rate in over a year. The Capricornia region recorded 11 ...
One airlifted after midnight Boyne Island crash - A midnight crash has left a person being airlifted to hospital in Central Queensland. Emergency crews were called to the single vehicle incident at ...
PM heads to US for Quad leaders' summit - Prime Minister Scott Morrison has departed for the United States for a series of meetings culminating in the first face-to-face Quad leaders' summit.
'No turning back': Vic maps path to reopen - Melbourne will be in lockdown until late October, with greater freedoms to be granted to fully vaccinated Victorians once the state reaches the 80 per ...

Is This Mother Being Unreasonable? Calls for Certain Campers to Be Banned

An angry mum who has had an unpleasant family camping trip has taken to the internet to share her thoughts on certain campers who kept her up during the night.
She says snorers shouldn't be allowed camping which of course has divided the internet.

Having finally managed to get to sleep on our mysteriously but persistently deflating air mattress someone in the field next door wakes me up making a noise like a food processor being turned on and off. I have young kids in the tent with me and older kids in the tent text door so I can’t wear eye plugs. It’s a family campsite so it’s not just me who won’t be able to wear ear plugs. Just don’t go camping near others if you snore. They must know they snore because they’re not pitched up alone, so their party must all have come prepared with earplugs.

YABU (You are being unreasonable) camping is for everyone, you can’t discriminate. 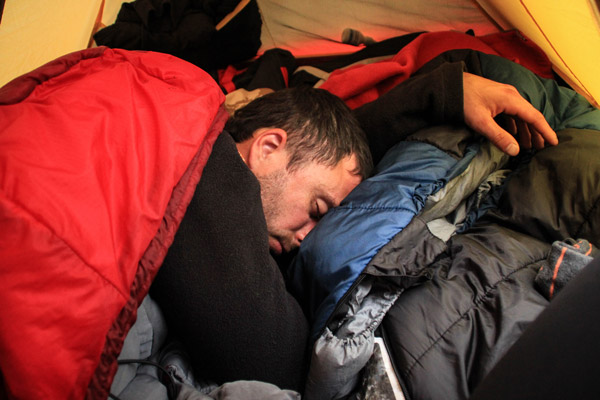 A mother has called for snorers to be banned at campsites. (Image Credit: Tatsiana Hendzel / Shutterstock.com)

Some users sympathised and backed up the original poster, saying that snorers were inconsiderate. They said:

"Agree with you OP. It's inconsiderate to inflict so much noise on others at night, not much of a holiday for everyone who then has to deal with sleep deprivation."

Others weren't so sympathetic and said:

"What? You decide that the ideal holiday is to cram yourself into a field with a load of strangers for a few a few days despite that fact that you are intolerant of the noises that people make. And this is someone else's fault?

Newsflash OP: people make noises, they snore, they cry, they argue, they play. Stay home if you can't bear to be around other humans."

"Oh god. I snore. Always have done. I’ll remember to not do the things I love because of it though. Thanks for the reminder." and "I'll remember not to snore next time I go camping." 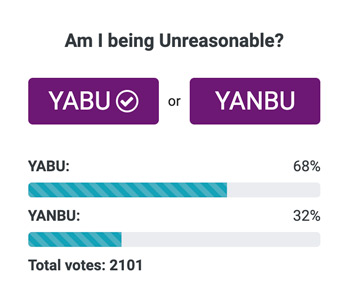 In a poll attached to the post asking 'Am I being Unreasonable?' 68% of the total 2100 votes (at the time of writing) believe the original poster is being unreasonable leaving 32% on her side and believing she is not being unreasonable.